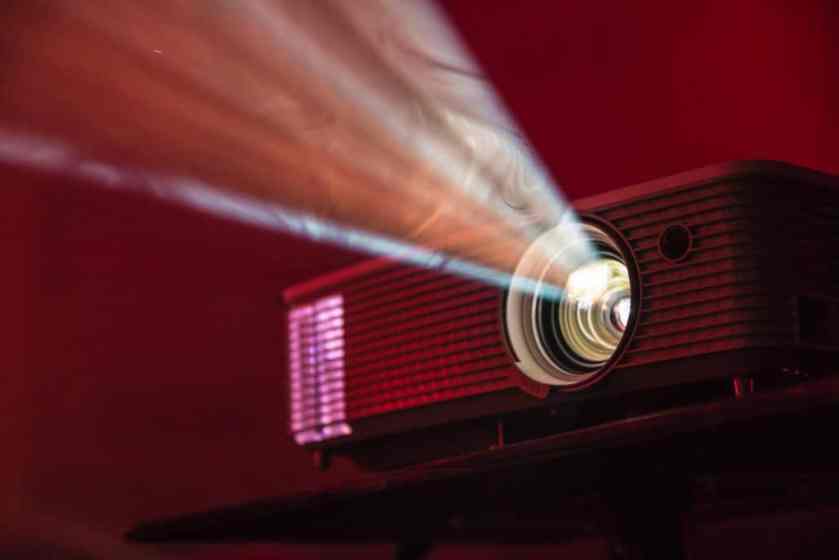 The YouTube video rated 15M views in the first twenty four hours of its upload.

Hardly had any of the Ministry of Arts and Culture’s YouTube video trended at that rate in recent times.

A group of twelve young dudes. Bright, handsome and of some cool pedigree—these were the viewers of the screen projection of the YouTube video here right now.

Some of the young men had their arms folded across their chest while some rested theirs on the mahogany conference desk that ran across the front of everyone.

Some others drummed their fingers lightly on the hard face of the burnished brown wood.

They all sat as quiet and still as a lump of wood those early hours of night. In the spacious conference hall of Khalid Imran’s big pottery company in Ilorin City.

The unblinking, curious gaze of the twelve pair of eyes rested on the screen projection of an arresting poetry performance on YouTube.

It was one daring performance by a young chap in his early twenties.

When he mounted the huge, wide stage amid the rising chorus of the audience’s cheer, his name upon introduction sank in the conscious mind of the twelve.

As deep as lead in stream waters.

Kelvin Babalola began his poetry performance with some epic opening lines that’d at once sent a cold shrill down the tensed, eager spine of his live audience when he performed about a week ago.

Also, it was the same situation with the stony faced twelve now.

The performance was such a cold sarcasm of terrorism. A bold and biting satire, fleshed out in a beautiful, exquisite oral form.

Moreover, the grand, brave piece had the pregnant five word title. IF I WAS A TERRORIST.

If I were, if I were but a-fly

I’d dare to be the dragongod

If I were, if I were to dare

I’d dare to dream to die!

Just now a bespectacled young man, Mark, shifted in his seat and leaned a little forward. Some pressing curiosities were beginning to build up in his belly.

The young poet spat on. Already his words seemed to have caught some raw fire.

His lines were delivered with such fervor and fierceness that was like the fiery breath of a mad dragon.

Teslim was sitting on the other side of Mark. His gaze was as much perched on the projector screen as the others’.

He clenched his fist in that moment, which loosened up just as soon.

Like the limp, weary surrender of a dying man’s grip at his final breath.

Khalid watched on at the head of the desk. His face was emotionless, his eyes inscrutable, his fingers drumming the burnished mahogany in soft, little taps.

He’d seen the video earlier on and had made some background findings too.

It was the turn of his group of eleven men that were like one sturdy, goal getting football team with a winning coach—it was their turn to see what the next mission, a really big deal, would be about.

While the performance in the Youtube video was the winning one for the National Poetry Contest held at Nigeria’s capital city Abuja a week earlier, it’d got netizens talking bold against recurring episodes of terrorism in the nation.

Meanwhile, the young poet’s enchanting performance was a rich mix of a deep throated, charming stage voice his vocal cords send out, a pulsating rhythm of drumbeats and an infrequent, intersperse of a low, weary flute.

One of the twelve breathed a sigh where he sat. Teslim ran his eyes across the room, searching its quiet, solemn faces for him.

The young man’s lips twitched a little when his eyes met Teslim’s. Teslim was not too sure the sigh came from his end, though.

But he was pretty sure the YouTube video wasn’t doing a bit good for the young men’s morale.

He turned to Khalid. ‘Boss, um…’ He cleared his throat lightly and resumed.

Khalid stroked his low shaven, neatly trimmed beard a little; his face as blank as an unconquered, virgin sheet of paper.

‘Boss, what I mean is, um… don’t pay too much attention to the guy. He’s just making everyone distracted. We can just skip him, can’t we?

‘I mean, um, what’s the point of his hate speech when we don’t need him. You get what I mean, Boss?’

Khalid quietly rocked in his seat, stroking his beard still.

He was nodding with some absentmindedness, and as gently as his seat rocked back and forth.

Teslim swept his gaze back to the screen. Back under the conquering power of creative spoken word.

Khalid was in every point a leader figure. A dark, handsome figure of a man at six feet five.

With broad, strong shoulders and a full throated, bold voice, he towered over the eleven like the New York Pentagon stood over its neighboring towers before the 9/11 hit.

Might one say he was reckoned as a leader on the bold claims his physical features made?

But Khalid was just all mind and brains beneath the halo of his little cranium, too.

Simply the very best the eleven young men could find around.

And he was just in his early thirties.

Khalid Imran first came to a faceless limelight when he was fifteen.

He had got the best result throughout West Africa in that year’s West Africa Senior School Certificate Examination.

Consequently, he was awarded a full scholarship when he opted to study his choice program at the prestigious University of Ankara, Nigeria.

The brilliant boy had always wanted to practice ceramics as a potter; and he figured the Fine and Applied Arts degree program at UA was going to prepare him for that future.

Khalid, as young a teenager as he was then, was rather bold enough to refuse to offer interviews.

He also didn’t give the trudging media the permission to use any picture of him.

He wanted to remain, well… faceless. And facelessness he did achieve after all.

He was the extreme type. And that was his only bane.

The press remarked he was a boy rather too proud.

His parents believed his preference for anonymousness was because he was a reserved and shy kid.

In spite of the media’s public opinion of the little chap, his name became the educational success cliché every mother trotted out to her kid.

The drumface rhythm from the YouTube poetry performance video was beginning to be pretty much fast paced now.

It’d frantically raced up a warm, coursing flow of emotion in the heartbeating chest of Kelvin’s live audience that day.

Here, too, the mahogany chested audience in this conference room so pulsated in their tensed, quivery hearts that the whole room could’ve been reverberating so audibly with their heartbeats!

The young poet thundered on, his passion leaping out of the screen like sparks of flame from dry burning wood.

You overhear the crying echoes

and screaming silence from Chibok, and

the labour pang of the barren

the deafening cries of the stillborn

and visible voices, and felt sighs of mamas’

kids and kids’ mamas no longer there—

and the groping ache of severed umbilical cords!

The flute now came through in a shaky crack as a dumb lad singing a tune the first time would’ve made a sound.

The audience in the video was at the edge of its seats and the camera view span around in a wide, frantic sweep.

The camera lens caught a girl brush up a tear in her face as it zoomed in on her.

The little kid took her little, teary face in her small hands and buried it her laps.

The poet yelled with a long drawn out ‘argh.’ And everything went grave silent one moment.

In that moment, the audience would’ve thought of the last second just before suicide bombs explode.

The horrific life and death moment just before harmless, innocent lives splatter in gory splinters of flesh and splashes of blood across the worn, weary earth.

In that last moment before a suicide bomber triggers their bomb to explode, just anything can still happen.

That was what’d popped up in the minds of the listening audience then.

Yes, anything can still happen. A suicide bomber can halt. A bomb can be detonated. A monster calamity can be averted.

In that last moment.

Mark shuddered and then clenched his fist. And Kelvin was back with faster paced, angry protest lines.

Khalid turned to him without a word and the dude gave up already.

‘I’m sorry, boss. It’s nothing,’ he said in a barely audible voice.

Their faces grew to be that of an iron; and their wordless gasp, a revenge shout of a bottomless passion.

A young man banged his fist on the sturdy mahogany.

Khalid curled up his lips in a little knowing smile without as much as looking his way.

The performance ended in a staccato and a haze rose in the one thousand man capacity theatre filled to an overflow.

Beams of light shone towards the stage, frenetically crisscrossing over a twenty-some-year-old poet standing shoulder high in that national spotlight.

An absolutely thrilled audience was up on its feet already. And a great, loud, epic cheer greeted the daring poet’s bowing out in a thrilling feel of performance glory.

In all its transcendental quintessence!