Oni perched behind his desk in his office, preoccupied with editing a certain professor’s inaugural lecture typescript.

His phone buzzed all the way through without him looking towards its side.

The call came up a second time.

Midway into its lengthy buzz, Oni reached out a hand towards the corner of the desk from where the phone buzz emanated; and without as much as following his hand with his eyes.

With his focus pinned on the computer screen, he groped for the phone lying deserted and forgotten amid a pile of books and papers.

He raised the cell phone to his gaze.

It was the Vice Chancellor calling. His boy, Professor Boye.

Just now he remembered it was today he’d asked the Vice Chancelor and desperate political enthusiast to meet him in his office and begged to be helped to make the selection for one of the nation’s ministerial positions.

Oni picked up the call and spoke first. ‘Oh! It is our prospective minister of education calling…’ His voice had a deep toned slur.

Oni chuckled. ‘I guess it’s a good morning after all. So soon… Is it the time I asked you to come already?’ He checked the time on his wristwatch.

Boye responded. ‘Oh no… I just call you to remind you of our appointment ahead of time.’

Oni had already forgotten the time he slated for the appointment. ‘What time did I ask you to come, by the way?’

I CHERISH HEARING FROM YOU A LOT! SEND ME A MESSAGE ON HOW THIS WORK HAS INSPIRED, ENCOURAGED OR POSITIVELY IMPACTED YOU. BY CLICKING HERE.

Oni laughed. ‘Oh very well then; I’ll be here in my office expecting you. Make it the dot of twelve. I’ll put a call through the President when you’ve done what you’ve got to do.’

Oni retorted a light response. ‘Oh why don’t we keep the gratitude till when the deal’s been sealed, uh? I’ll be expecting you twelve noon.’

Oni gave a light grunt as Boye dropped the call.

The former reclined in his seat for a bit and flexed his limbs.

Jordan was sad, confused and helpless.

The moment he was released by Khalid’s men, he’d taken his car from the car park near the SUB. It was where he’d parked his car before he was assaulted and kidnapped the previous day.

He’d then driven himself to the University of Ankara Teaching Hospital on campus; being his dad’s workplace.

Upon reaching UA Teaching Hospital, he walked with a downcast gaze and wouldn’t hear anything around him.

A billion thoughts ran through his dazed mind.

In the depth of his thoughts, he walked to the lift at the basement with some abandon and absentmindedness. He didn’t know when he walked past and began mounting the staircase.

When the blame game didn’t satisfy eventually, he sat defeated on the stairs and sunk his head in his cupped hands.

He raised his head all of a sudden; as though he just discovered a vaccine to a viral disease.

He was the last person to call Kelvin. If there was an investigation after the bomb blast, he’d be the first suspect.

He moaned quietly as he buried his head in his laps.

Suddenly, a man’s shadow stood over him.

He was alerted and suddenly raised his head.

He wondered who it was. 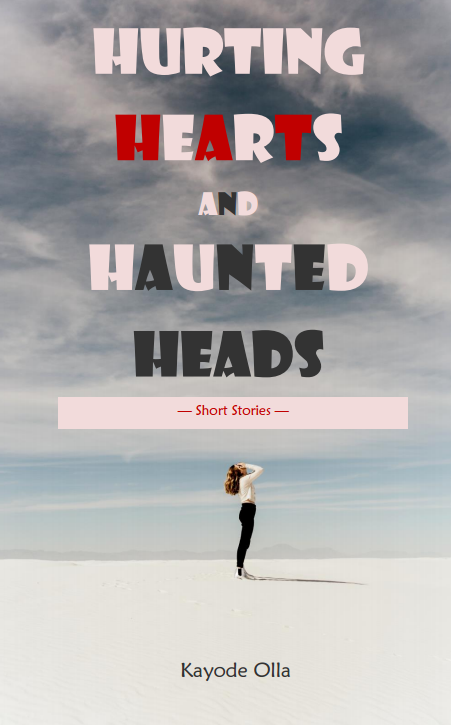 Kelvin sat on one of the benches in the lobby of his Department, the Department of English and Literature.

Several emotions coursed through him. It seemed every gland in his body secreted hormones all at the same time.

He was scared; he was sad. He was nervous and exhausted. His mind had wondered a million times what would happen to him next. He couldn’t think of any way out.

He’d reluctantly conceded to the fact that he would die. Every moment of his life ran though his mind like a film. He saw himself from the second person’s perspective.

He thought of the glory of the stage. The glamor of light. The honourable applause. The camaraderie with Caleb. The love fight between Yemi and him. He remembered the warmth of his family and how much he’d miss life.

Everything ran through his mind. And now he had to leave everything and die.

‘Death is easier written than experienced,’ he mused. None of the poems he’d written about the moment of death was close to what he was experiencing now.

He was really going to die. He surrendered.

Kelvin raised his head to take a glance at the world he was leaving behind. It was then he realised there were many people around him in the lobby.

For the first time in his ordeal, he stopped thinking about himself altogether. He thought of the situation around him.

Khalid was making a terrorist of him.

I CHERISH HEARING FROM YOU A LOT! SEND ME A MESSAGE ON HOW THIS WORK HAS INSPIRED, ENCOURAGED OR POSITIVELY IMPACTED YOU. BY CLICKING HERE.

And this was the one and only resolution he’d been able to make since his ordeal began.

He wasn’t going to be a terrorist.

Khalid laughed to himself as he stared at the Samsung Galaxy tablet in his hand.

He was watching Kelvin’s environment; and from the look in eyes, the sight was a piece of entertainment to him.

Mark had fixed a button-like camera on Kelvin’s shirt that morning when they were to release him to blow up the Department of English and Literature.

Mark had laughed as he fixed the camera on Kelvin earlier that morning. ‘This is a follow up, dude,’ he’d said; ‘you’re really trapped in our web.’

Khalid had watched while Mark fixed the camera.

Khalid walked to Kelvin and bent slightly to look into his eyes. ‘You can’t afford to ditch us,’ he said.

‘Every breath and every step you take, we got our eyes on you. If you don’t follow our plan, then you lose your dear family!’

He waved pictures of his mother and twin sisters at him.

And now, Khalid was watching the lobby view from Kelvin’s camera button. He was already feeling amused at how many people litter the lobby.

He laughed out loud as he watched. ‘Beautiful!’ He signalled to Mark. ‘Hey, get this recorded so we can all watch later in the day while we flex our muscles.’

Jordan looked up to see who it was that stood over him.

It was Professor Samuel, his dad.

Jordan lazily mumbled a good morning. He rubbed his hand on his cheek to wipe his tears. But his dad had already noticed he was shedding a tear.

‘What is wrong with you? You didn’t come home last night,’ Professor Samuel queried nonchalantly.

He went on. ‘Don’t tell me in just less than a month you’ve spent here, you’ve successfully got your heart broken by a girl. Or why do you look so dejected?’

Jordan didn’t reply his father. He couldn’t think of articulating his ordeals in words.

Professor Samuel assumed his son’s silence was a yes to his question. He patted him on the shoulders.

‘You see, at times like this, you should get close to your family to get through something like this. But it’s a pity your mum and your sister are not in Nigeria.’

This was the first time Jordan obviously came awake to his dad’s words.

He sat up. ‘You mean mum is really not in Nigeria right now?’

‘Of course, yes. Have you forgotten she left with your sister for Johannesburg two weeks ago?’

Jordan sprang to his feet. ‘Yes!’ he yelled.

He clamped his hands on his dad’s and shook the latter religiously. ‘Dad, I’m really sorry for this…’ And then, he dipped his hand into his dad’s pocket and brought out his car keys in a jiffy.

Professor Samuel was fond of sport cars and Jordan had quickly calculated that only his dad’s car can help him race to beat time.

He dashed away with the keys and galloped through the stairs; leaving his dad absolutely confused. 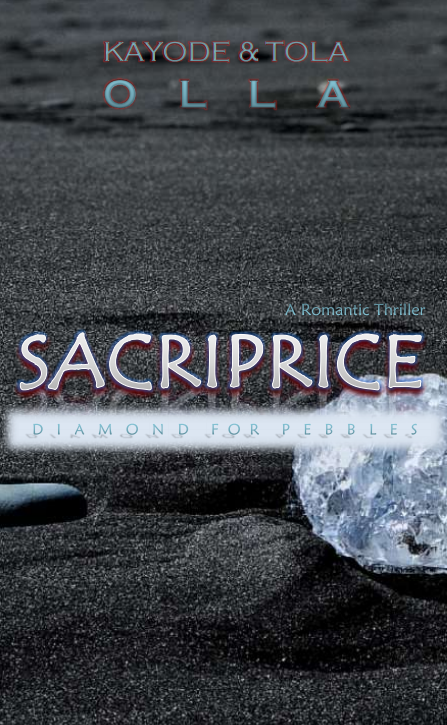 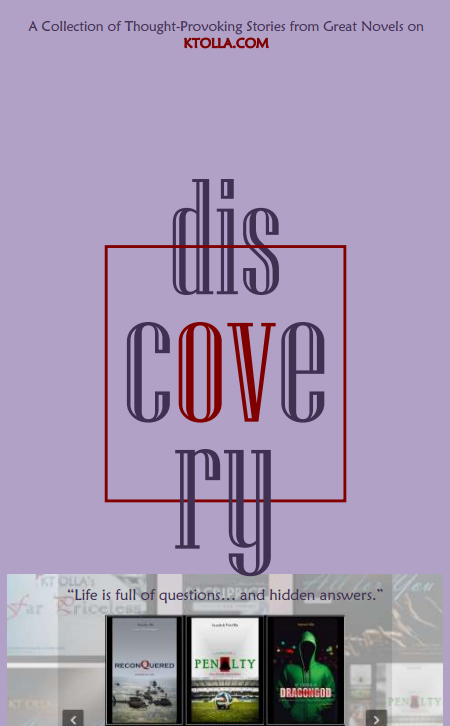