KAREN LIU was a woman with the pride of a lion king.

She was a renowned business tycoon whose cooperation, headquartered in her country China, had got its presence in sixty-five countries of the world…

And across five continents.

The magnificent businesswoman’s net worth itself could buy five developing countries at once and have as much left to give to charity for a showoff.

Ms Liu, who was also a board member of the World Union, was the organisation’s Chief Director for Africa – and as far back as eight years.

And the woman’s presence, along with a huge team of logistics as well as other field workers, was the representation of the World Union at the ongoing World Cup in the northeastern African country of Quitalia.

It was a quarter to five that early morning.

It was still the morning after the opening match of Quitalia 2018, and also the morning a young lady was found in the pool of her own blood in VeShadd’s hotel suite.

As they talked about their predicament with the iron faced World Union principality in her office.

This fierce lion of a woman was now the one whose card would decide Tai VeShadd’s fate.

Including the fate of his coach Alhi and his country’s sport minister Sayid – indeed, the entire nation of Quitalia as well. In the ongoing World Cup hosted in the country.

Would the World Union be willing to throw its full weight behind their ambassador to entirely cover up VeShadd’s crime? So it wouldn’t eventually get to affect everyone in the ongoing World Cup.

And including the World Union itself whose celebrity face VeShadd was already.

Karen Lui’s voice rang in the seated men’s ears like the sound of a huge gong when struck hard.

Her words came out in her characteristic broad voice.

‘Covering up the whole mess is a piece of cake for us. But listen, I hate it when people who need us make it sound like we are the ones who need them, Mr Sports Minister!’

Professor Sayid cowered in his seat. And he stammered when he replied.

He sat up to explain, clamping his hands together.

‘Erm… as much as we have a lot to lose if the press should get a whim of this incidence, we’re only concerned the World Union itself may somehow lose face too, ma’am. That’s why we…’

Sayid halted. He could barely finish his words. He stuttered in a low, anxious voice as he hurriedly drove his words to an end.

‘Tha…that is why we’re proposing a symbiotic relationship, ma’am.

‘We want us to work together to cover up the whole thing so none of the parties will suffer damage. That’s it, ma’am.’

An awkward silence filled the office for about a full minute. The sports minister and the national coach had never felt as awkward as they were feeling then.

‘You are the coach, right?’ she asked, merely pointing a finger towards Alhi’s side; and with her gaze buried in a stack of unfinished paperwork on her desk in front of her. 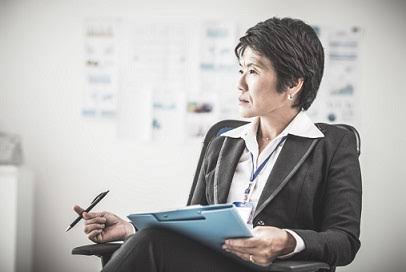 ‘We don’t back an empty shell. Can you get the kid back on his track and make him score another of that spectacular goal he made yesterday night?’

Liu was talking about the one in a hundred million net to net goal kick that the robotic keeper Tai VeShadd made for Quitalia’s Desert Camels.

At the 89th minute of the opening match that was to end with a 1:1 draw.

The woman swivelled in her seat in a half circle spin. ‘Okay, then. We will handle everything at our end. Consider your request granted.’

Karen Liu ended the meeting and stood up. The two men jumped to their feet behind her desk.

The sports minister stretched out a hand to the woman for a handshake.

Rather than shake hands with the minister first, Ms Liu shook Coach Alhi’s hands instead. ‘I’m counting on you, Coach,’ she said.

‘I will not disappoint, ma’am!’ Alhi nodded firmly; ‘I promise.’

The minister was withdrawing his hand when the woman shook his hands and gave a shocking little smile.

Karen Liu had got a second thought.

A minister could someday become a president, she’d reasoned. And power is one thing that adds value to money, she’d thought.

Liu didn’t want to completely shut the door of diplomatic and business opportunity on the Quitalian minister of sports. For no one can say anything of tomorrow.

Especially for the fact that the woman’s awkward reception played out in the presence of a mere national coach.

He looked at the woman halfway and muttered to himself.

‘I met a weird somebody today! I’ll always remember that.’

VeShadd’s phone finally rang. The call he’d been waiting for came in. 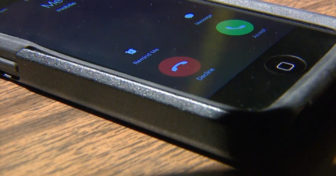 It was about twenty minutes to six that hectic morning.

The young footballer didn’t wait a second before he picked up. He didn’t wait for the caller to speak first either.

It was Coach Alhi calling; and unlike Tai VeShadd’s trembling voice, the caller’s voice was more composed as he responded.

‘Where are you?’ Alhi asked.

Alhi finished in a jiffy. ‘Okay, I’ll join you there soon.’

VeShadd could almost not wait any longer. He was becoming really anxious and impatient.

He dearly wished the national coach would be back just right then.

Well, he didn’t have to wait too long. Before it was six o’clock, Alhi had arrived and joined him at the poolside.

The expectant young dude walked up to meet his coach as he approached the pool.

VeShadd couldn’t find pressing questions to meet Coach Alhi with, as worried and restless as he had been since. The worries just couldn’t be captured, or else calmed, with questions.

But now that the national team coach approached him, he didn’t know what to ask anymore.

It was Coach Alhi who spoke first. ‘Have you had anything to eat?’ he asked.

No, the question sounded like words in a trance to VeShadd.

Was Coach Alhi being sarcastic or was he simply showing care.

VeShadd had just created some big trouble that’d left even the coach in an utter shock just a few hours ago.

A trouble that could jeopardize the campaign of the Quitalian national team as well as the country herself in the ongoing World Cup.

And here was the national coach asking him if he’d had anything to eat.

VeShadd wasn’t sure about how to react to the question. He only stammered.

Coach Alhi knew himself that his question was rather too awkward for the situation.

Here was a boy he should be giving the stick rather than giving the carrot.

But the young coach was only doing his work. He was only fulfilling a solemn promise.

A promise he’d made to the World Union’s Karen Liu to save the situation.

Alhi patted VeShadd on the shoulder, a feigned calm written on his weary face.

The two men walked up to the pavement at the poolside and sat down.

Alhi spoke. ‘You see, champ, everything has been settled. Every little thing. You just have to focus on the tournament now….

‘You need to fly, huh? I mean, really, really soar! You really have to score that unbeatable goal you gave us yesterday night again!’

VeShadd could read in Alhi the obvious nonchalance towards the situation. He was surprised.

He really wished to know the steps the coach had taken in trying to cover up the crime. He wanted to know, too, if the girl was fine already.

But then, he wasn’t sure he could get concrete update about his own crime.

Does Coach really mean all these? Do I really have nothing to worry about?

Why is he talking as if nothing ever happened?

And his silence was loud enough for Alhi to note that his own poise and composure wasn’t enough to calm the footballer’s mind.

Yet by every means possible Alhi had got to calm VeShadd’s troubled heart. For his powerful international backbone, the World Union, had ordered that.

Coach Alhi made another attempt.

‘Okay, Vee,’he began; ‘lemme explain the situation to you man to man.’

He brushed up to his side. ‘I’ve spoken to the team doctor and he assured me the girl won’t die. She isn’t in a critical situation and she’ll be fine.

‘Well, another good side to it is that the girl’s case won’t make any trouble for us. Everything about her is now under control. So, you can focus on the trophy, huh?’

He paused to get a nod from VeShadd.

When the young dude didn’t react, he picked up again.

‘You see… we won’t be requesting another suite with the hotel management so it won’t bring about the slightest suspicion.

He paused a second to get VeShadd’s understanding.

He finished. ‘So, all you’ll only do is share a room with one of the boys and you focus entirely on the match, uh?’

VeShadd knew he still had a lot to worry on later. But it seemed Alhi’s carefully chosen words had successfully calmed his urgent worries.

What was seen above the sea had been taken care of. What was left of the iceberg for some spare time of worry was the unseen mountain beneath the sea.

It was a heavy cross the mind had to bear alone.

VeShadd reasoned that he could focus on the games for the time being and pay his worries some visit later, whenever his mind wandered idly around.

Or, at best, when he’d be through with the World Cup.

But what the young dude didn’t know was that he didn’t have to pay his worries a courtesy visit.

For they were already here on a long visit.

One thought on “#PENALTY WebNovel: Chapter 4”