IT was four years earlier that Quitalia was announced as the host country of the 2018 World Cup.

It was the year 2014 and Quitalia began preparations for the upcoming sports event in earnest.

As early as from the very month the announcement was made.

The government renovated its stadiums to meet up with world standard and it constructed even bigger ones.

Businessmen spent a fortune to upgrade classic and executive hotels. They also established new, vibrant ones with peculiar world focus.

Like a new bride is adorned in pristine glamour, the country was glided with a glittering splash of luxury, as the sports event drew near.

Yet Quitalia wasn’t only preparing to host the World Cup, but also to win the most coveted football trophy. 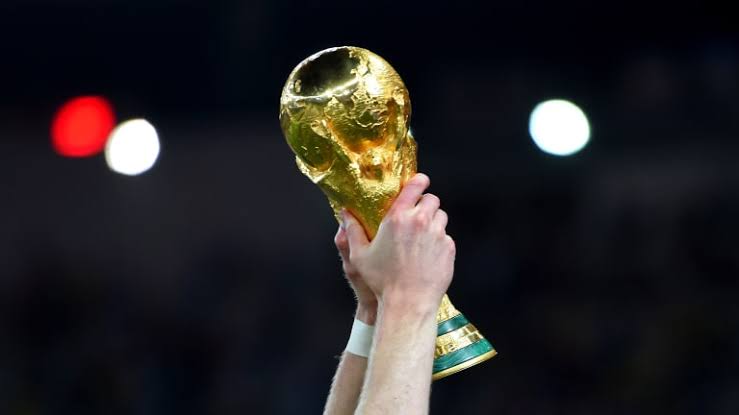 And to win the World Cup, Quitalia’s minister of sports had come up with a winning strategy.

Professor Sayid appeared before the dozens of pressmen gathered at the conference room, at the national ministry of sports complex.

The reporters had got to wait for some minutes.

But it wasn’t the length of time that made the pressmen seem to wait so long. It was rather the curious expectancy that filled the air.

The minister had made a statement a week earlier that he’d announce his winning strategy towards the World Cup to the nation.

And there was the media waiting with ready ears already.

The retired professor and sports minister arrived with the bombshell.

Quitalia would lay emphasis on the local talents in selecting players for the World Cup, he explained. As opposed to making use of international talents.

He stated that the ministry would scout for exceptional football talents from local clubs all around the country – more especially those born and raised in Quitalia.

Rather than depend on expatriates who seemed to have arrived already in the world of football.

He stressed that only a few international talents who were Quitalia nationals would be selected.

The sports minister backed up his statement with the point that the essentials needed to win the trophy was, first and foremost, Patriotism and Drive.

And only the local talents who were yet to see the glory of winning on an international pitch could offer such passion for the glory of Quitalia, he explained. 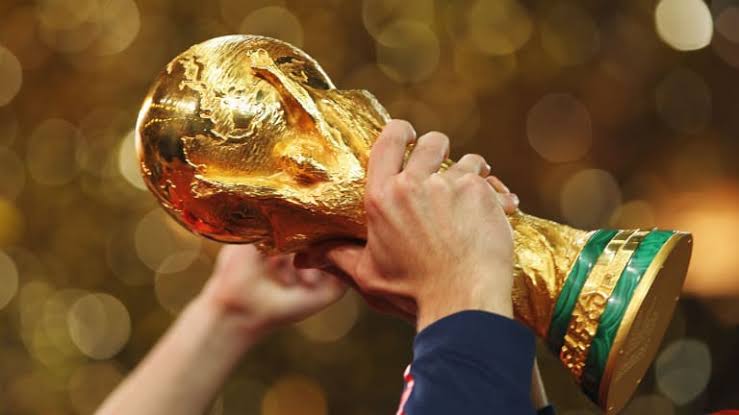 The sports minister stressed that Professionalism and Experience only came second.

And he promised to equally achieve the latter two for the young talents scouted within the four years leading up to the World Cup.

Professor Sayid’s press statement was a splash of water to a burning fire. It could douse the flames or kindle an inferno.

While some sports experts criticised the old man as only belonging to an analogue generation, many others applauded him for entrusting the glory of the country into the hands of young and goal driven Quitalians.

Well, in the long run the applauds were louder than the criticisms.

And the sports minister’s announcement became the door that let in many home grown talents to the world’s pitch.

One of those exceptional young talents scouted was Tai VeShadd.

When the young, extraordinary Tai VeShadd was scouted in 2014, he was made to join the U-17 national team – along with the other youngsters, in preparation for the World Cup.

VeShadd was the goalkeeper for the U-17 team. The incredible young player soon turned the world’s undivided attention on himself.

In what came to stay as a phenomenal match, VeShadd displayed for the first time in public the rare skill he’d rigorously been training himself ever since.

And now, the sturdily built, athletic goalkeeper did stretch his skill to nerve wrecking limits.

And he wrought an incredible, out of the world goal… right from his very post!

The mathematical goal was one unbelievable, earth shattering goal kick that skidded from net to net. 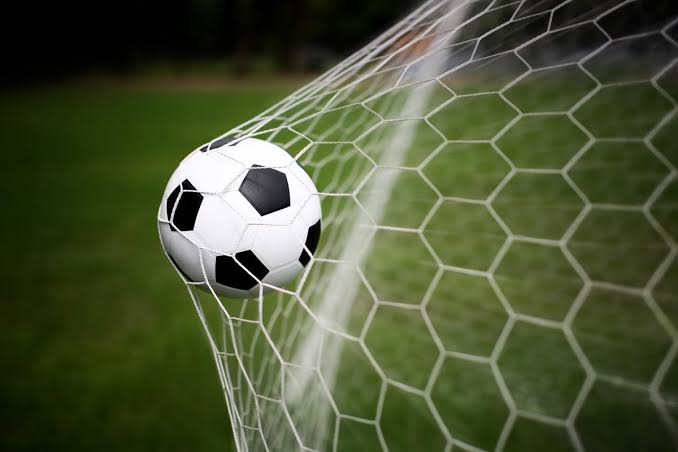 The incredibly glorious feat got a long, terrific, exhilarating roar… and which made the entire stadium quake and quiver.

With the young sportsman’s extraordinary feat, football clubs on the international scene began to pour in to negotiate the incredible Tai VeShadd with his manager.

And it was the big and mighty Barcelona FC that won the bid for one of the most expensive player in the football world.

Tai VeShadd’s dying dreams came alive again. His story of failure turned into an epic story of a champion overnight.

A charming, suave gentleman as well, VeShadd lived up to his dreams and got to style himself in a gorgeous interweave of African and Caribbean textiles.

Soon enough, the young, elegant football star was chosen as a notable ambassador for the prestigious Vogue’s teen magazine.

Along with the international acclaim Tai VeShadd got in his career, the sportsman was equally celebrated in his home country.

His name became a sweet melody in the ears of Quitalians beyond the circles of football fans.

Yet the acclaim wasn’t done yet.

For it wasn’t too long that the distinguished UNICEF made the successful footballer one of its primary ambassadors.

The World Health Organisation soon also thought to do the same. And the big world organisation also made VeShadd its ambassador. 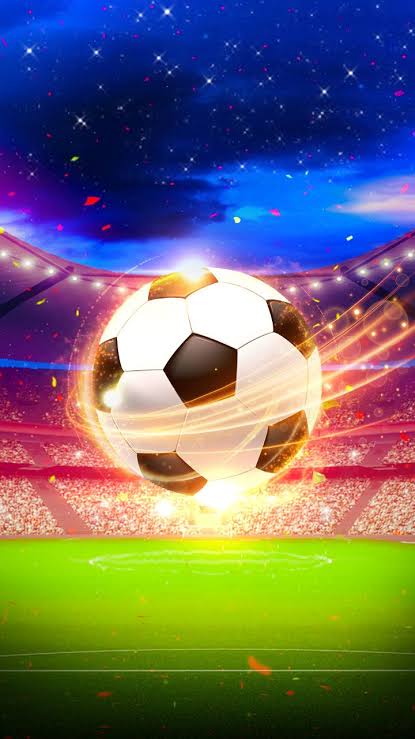 Like as to the typical celebrities, lifestyle presenters couldn’t resist the urge to invite the accomplished sportsman for guest appearances on popular celebrity shows.

To further increase their viewer ratings.

Yet the honey dripping, charming superstar didn’t need to do so much before he stole away the melting hearts of every single girl in Quitalia!

Beya Ja’nil was one of the lovely girls that were more to VeShadd than a well-wisher, supporter or even something as easygoing as a fan.

The countless passionate girls were each his one-in-eight-billion fiercest, truest admirer!

Even though the superstar never even knew their names, to start with.

It was extremely ridiculous to Beya’s parents. That their lovely daughter brought up with a lot of love and wealth would dedicate her youth to doodling over celebrities.

Both Barrister and Engineer Jan’il had tried to speak sense into their only daughter’s little skull.

But their criticism had always only fanned the flames in Beya’s fangirling heart.

After a long while, Beya’s parents eventually gave up; hoping their teenager would soon grow older to face more sensible issues of life.

But then, Beya was just giving up her hobby of being a diehard fan girl due to the doles of heartbreak she got from it…

And then, Tai VeShadd came into the spotlight.

Everything changed for Beya.

Not even the heartbreak could stand the great revitalization.

Beya used to be a die hardfan of a charming male music celebrity, Paulinate. She was in high school and was devoted to her fangirling like it was a religion.

She followed her idol’s life closely.

She was among the first to read about him on an entertainment blog. She followed his Twitter accounts and turned on notifications for his posts.

She attended all his concerts and took the VIP seats to keep her gaze focused and undistracted from her superman.

And her best show on TV was always his reality show.

Beya’s idol oozed with ardor when he performed on the live stage, making hearts enamoured of the charm in his voice.

Like as of King Solomon’s honey dripping words of wisdom.

Paulinate to Beya looked so enchantingly charming and magically perfect.

And she was almost sure he was made in Venus before being birthed into this undeserving planet.

Beya couldn’t stop herself from gazing at his picture all day long and adoring him over and again from the confines of her home.

But the fan girl’s heart shattered when she heard of her idol’s heart wreaking scandal.

For Paulinate was arraigned for being involved in child trafficking. And he was found guilty.

It was after Beya was done with high school. And she began to drown in sadness and gloominess, so much nothing her parents did could help.

Her source of excitement was gone, anyway; and she concluded all celebrities must be fake.

She wished anyone among those celebrities could really prove to have no skeleton in their cupboard.

But she couldn’t find any.

She wanted to move on with life itself as she soon gained admission into a prestigious University in Quitalia.

And just when the young lady was just giving up on idolising stars all together, a big one in eight billion superstar came into the world’s spotlight.

It was the incredibly great and responsible VeShadd.

And to think, he was a Quitalian, too!

Beya dissolved into a jelly filled full with of admiration, adoration and wonder.

Beya was sure the gentleman of a footballer wouldn’t break her heart with a scandal. Being Tai VeShadd’s fan girl would certainly come with peace, she reasoned.

Within little time, Beya created the very first fan club for the sportsman.

The growing teenager didn’t want to make the mistake she made in the past.

She didn’t want to follow VeShadd like everyone else and be submerged in the mass of his worldwide fans.

She wanted to stand out by being the president of Tai VeShadd’s fan club.

And it was the first time a footballer would have a fan club.

VeShadd’s fan club soon grew so fast, as several millions of people joined from Quitalia and across the continents.

And it didn’t take too long before her hard work was crowned with the attention of the football superstar himself.

Tai VeShadd called to meet with a diligent girl who had made a sportsman a celebrity.

One thought on “#PENALTY WebNovel: Chapter 7”