KANSI had gotten his answer.

The shock on VeShadd’s face and the silence that followed his question was enough evidence that it was the sportsman that assaulted Beya.

VeShadd was a lovable young man. And anyone who met with the ace footballer couldn’t help but fall in love with him.

It was the same with Kansi. He’d come to like the sportsman’s personality in the little moment of talk the two men had.

But the mountain-high likeness that Kansi had developed for VeShadd wasn’t too high to be bulldozed into an ant hill after all, when that moment of truth came. 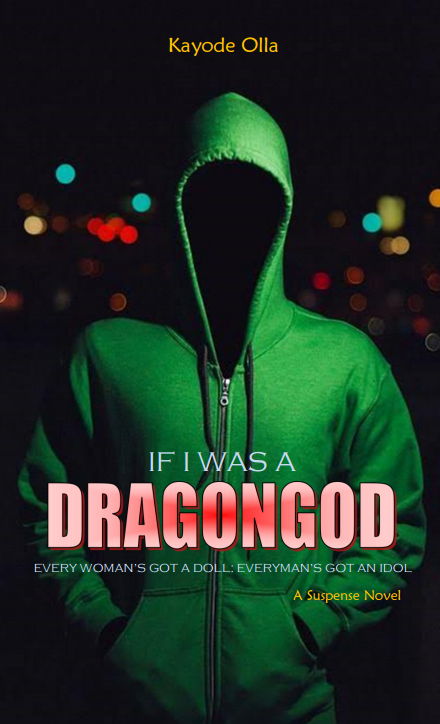 Kansi’s heart was full of both hatred and anger. And the entire sanity that remained with the journalist was channeled into planning how best to deal with the sportsman.

Kansi stormed out of the hotel immediately. And he went straight to Beya’s father in his home.

‘Big bro need to hear what I found,’ he said.

Barrister and Engineer Jan’il were weren’t shocked to know who exactly was their daughter’s assaulter among the national football team players.

Their daughter’s state as well as their own helplessness was shocking enough. And it had come to dwarf every other thing that might be coming as a surprise.

Also the Jan’ils had guessed that the only footballer their lovely daughter was close with could be the perpetrator.

So they weren’t surprised when Kansi informed them it was Tai VeShadd.

Based on the Jan’il’s experience in the past days – and equally based on the nature of Tai VeShadd’s confession to Kansi, Mr Jan’il soon concluded the powers might block the news…

The news article about the sports superstar that Kansi was about to publish in the newspaper.

The renowned human rights lawyer pleaded with Kansi to be really careful on the case. So he wouldn’t get hurt.

VeShadd was pretty relieved that his confession was gradually escaping out of the World Union’s wearying shell caging him.

And that it’d have been reaching the curious ears of Beya’s family.

Yet, at the same time, the sportsman was scared of the weighty uncertainties lurking in the days ahead.

Yes, confessing to Kansi was like a therapy to VeShadd.

He’d lifted the burden of guilt off his chest, at least. And he could finally get himself some sleep in a long while.

But then, the nightmare of an uncertain tomorrow possibly bearing consequences of a grave confession – this wouldn’t give the sportsman a moment of sleep either.

The sportsman didn’t bother to inform Coach Alhi about how he confessed to someone who must’ve been the victim’s acquaintance.

VeShadd reasoned that Kansi was a good gentleman.

And he wouldn’t want him to be hurt by the World Union.

As angry and desperate as the young man was, Kansi knew there was no tangible evidence.

He knew he couldn’t just go ahead and accuse a world class football star for a huge crime. He might get the news media sued and get the news article blocked.

Kansi had to be intelligent with his approach to the case. So, rather than focus on the perpetrator, the smart investigative journalist chose to focus on the victim.

The news article was written about Beya Jan’il, the president of Tai VeShadd’s fan club.

About Beya who was last seen at the Planetario Hotels just a few hours after the opening match of the ongoing World Cup.

Yes, about the very same girl who then lay in coma in an undisclosed location – after being sexually assaulted.

The news article was careful enough to not state Tai VeShadd as the perpetrator.

It had only described the ace footballer in terms of an idol whom the victim happened to form an acquaintance with.

The article detailed how the two had been close in the last few years and how the idol had made a friend of the victim.

Yet as much as Tai VeShadd wasn’t named in the article, the description was vivid enough to ignite a flame of suspicion in the heart of Quitalians.

The instant Kansi’s article ignited a fire, other news media were quick to join in the bandwagon and spread into an Internet wildfire.

It didn’t take long before journalists stormed the residence of the Jan’il’s to get a statement.

And Beya’s parents acted out a little drama to make the World Union to never suspect them.

The couple came out of their home every morning that inquisitive reporters littered their neighborhood with their presence.

They walked out of their elegant duplex, with a basket of food flasks in Mrs Janil’s hand.

And it did always happen that whenever questions are thrown at them by the waiting reporters, the couple would only stand, cowering.

And with wet eyes and a sober voice, they’d say: ‘We have no comment concerning the issue. We don’t want any more trouble.’

Mrs Jan’il would try with much effort to restrain herself from breaking down with tears. And her husband would hold her firmly to his side and pat her that it’d soon be okay.

The couple would go take their car and drive straight to the Planetario Hotels; without being concerned whether they were followed by the reporters.

It was entirely a script written by Kansi.

Kansi wanted the reporters led to the hotel. He knew the only way to get to beat Tai VeShadd, along with whatever powers backed him up, was to use public opinion.

And so Kansi had written and directed the entire drama, with an end of luring the reporters to the crime scene…

And starting a fire that’d be too big for VeShadd’s backbone to contain.

The wildfire of public rage.

Kansi had prepared the Jan’il couple’s minds that criticisms might possibly arise against them and their victimised daughter, in their fight for justice.

He told them people may harshly criticise them for going against the golden boy of Quitalia.

And that they might want to badmouth the victim just because it was a case involving the football superstar.

But then, he promised the sentiments could be turned around for good if Beya’s parents could win public empathy on the assault case.

And indeed, the Jan’il’s little acting directed by Kansi was more than enough to win Quitalian’s empathy.

Now VeShadd along with his giant backup would certainly be on fire.

VeShadd was only thirsty for a few drops of water. But with his confession to Kansi, he was sure the fellow had brought a heavy downpour on him.

A flood of water too big for him alone.

The sportsman only wanted some ray of light shed on his dark secret. But now, he’d got a scotching beam of desert sunlight from the confession he’d made to Kansi.

And he’d got to bear the heat along with the sunlight.

VeShadd was shocked at how fast things sped. He only confessed to the stranger just a day before and the case had blown up on the Internet beyond just what he could handle.

Now the footballer felt he could understand why the World Union had been shielding him from his reality all along.

The crime he’d committed was more than enough to destroy his career.

And beyond the guilt VeShadd bore in his heart, he also had to consider the shame of being an ex-success that early.

A hundred questions poured through the young man’s troubled mind.

Was it really worth it?

Was it worth losing everything? The freedom from the burden of guilt, regret and unrest. Was it really worth losing all?

Wasn’t the state of enjoying that unethical immunity from the World Union… wasn’t it more preferable to losing everything after all?

Or, was his sin so big that he’d got to sacrifice everything for it?

Was the entire thing worth the career he’d built up for years?

Was everything really worth it after all?

Tai VeShadd was in a tough dilemma.

But now that he saw what his confession might cost him, he wasn’t sure anymore.

One thought on “#PENALTY WebNovel: Chapter 18”