THE new formed party of three walked down to the hillside in a hushed silence. And Iyun’s thought lingered on things that’d always left her puzzled.

The young woman had begun to wonder what exactly it meant to dream.

She’d found it puzzling that everyone else in Jaiye kingdom had dreams, but no Koje born would even know what the dream world was like.

She’d thought it to be beyond mere coincidence, right from when she was little.

Iyun couldn’t tell if the mystery she saw was what people call dream. Or if it was quite something else.

And if it was in fact something beyond the dream world, the young woman wouldn’t even know what that something was called.

Iyun was desperate to find someone who knew what she wouldn’t ever know.

And so, unlike her apathetic townsmen, she had long been probing the mysterious puzzles surrounding that fact. But her people had only given her a more puzzling response for an answer.

Those words of theirs. They came back to her mind right now, like a resounding echo.

We don’t have dreams here in Koje. The land forbids that we have dreams in our sleep. Horses don’t dream!

But then again, Iyun noted that her people were too quick to compare themselves with animals. Whenever they gave their logic for not being able to do many things.

Her people were quick to equate themselves to horses, especially. 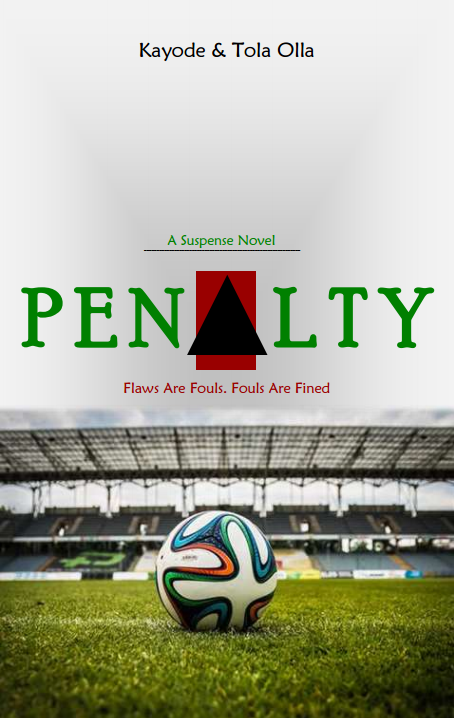 Moreover, Iyun had once heard the old saying from Jaiye city as a little girl.

Sons of the soil have four legs with which they walk: slaves have only two.

Yet within the outpost township of Koje, there was bound to be a sort of folk reasoning glorifying the humble footmen. The people of Koje would proclaim to their sons and daughters, that they and horses were of the very same breed.

Right then, Iyun recalled the words hauled at her by her people. Who seemed to have an answer for everything possible.

She recalled those lofty words of theirs in her mind.

Who would ever ride a horse in Koje? Riding a horse to us is like riding your kindred, you know! Here we share the strength of a horse ourselves.

Yet even now, the puzzles were becoming much more complicated.

For when she marked Àlà’s lips curled up in a charming smile a while earlier, Iyun couldn’t help noting that there was yet something her people couldn’t do.

So, Iyun was eager to find out from this gentleman from Jaiye. She was eager to know secrets about that fairyland of dreams, that just seemed out of bounds to her own people.

The young maiden was desperate to have the keys to those mesmerising abilities which the entirety of Koje sadly wasn’t born with.

And she would even dare to ask her admirer about how he curled his lips to form that beautiful expression of a smile.

For the Koje people, everything was like an endless maze with several many crossroads leading nowhere.

It was the everlasting spell. The Animal Curse.

All generations of Koje people had been ousted from the exalted state of humanity. And shoved down to the low terrains of creatures lesser than man.

Yet Koje couldn’t do a thing to redeem herself from that permanent spell.

She was miserable and low. And she never even knew.

Well, if animals are denied the delightful expression of a smile, then Koje could never own the keys to such a human wonder.

And if animals don’t know the wonderland of dreams, then Koje could never cross the shores of Dreamland.

It was as horses were to their riders that their generations were to the Jaiye nation. Yet Koje would never know how low. How low they were to Jaiye.

The walking party of three were almost at the little hill where they headed. At the back of the little hamlet belonging to Iyun and Shao’s humble clan there in Koje township.

Shao couldn’t take the prolonged silence anymore. He decided to break the silence with a piece of his mind.

‘Hey, Iyun… what’s so serious on your mind that you can’t spew it out already, huh?’

Iyun raised her bowed head and glanced at Shao’s crimson eyes. But those eyes were not red with anger, but with jealousy.

Shao was agitated. But what the young man was worked up over wasn’t the awkward lingering silence at all.

He was rather upset about how his own best cousin who he’d even missed for ages, awkwardly sidelined him. How she sidelined him for the crown prince, even when she didn’t know the prince’s identity.

It was clear Iyun was only interested in talking with a stranger. Rather than with him his long forgotten best kindred.

Or so it seemed in Shao’s bothered mind.

The young man reiterated his boiling words. ‘Huh? Iyun, what’s so serious on your mind that you can’t tell us already?’

Iyun came back to the present just as soon. ‘Oh!’ she exclaimed.

And she turned her gaze to Àlà right then. ‘Oh forgive me, sir,’ she said to Àlà. ‘I could have started asking you my questions already.’

But this wasn’t what Shao asked for at all. And he wished he could spit out his mind without blabbering about and losing face.

The prince’s reply was both lovely and gracious. ‘No, not at all, Iyun. I’m actually the one to be sorry – I could have edged you on, you know,’ he said softly.

‘And more so, we’re here already,’ he added, as they came to the foot of the hill.

Àlà motioned for them to sit on a flat boulder by the rocky hill and the three took their seat.

There Shao surrendered and gave up the fight.

It seemed providence was crossing two paths that never could meet. Some glorious mystery for ages to come. One he couldn’t ever fathom out.

And it wrecked him completely that he was even a part.

One thought on “SACRIPRICE WebNovel: Chapter 14”