It was the midnight of sacrifice at long last.

The metal gong had been struck, and the bullhorn had sounded out a blaring call. Every man and every beast were as still and as quiet as the solemn night itself.

The day every Jaiye soul had anticipated was here in front of all. And it was dawning with the great ritual which was to begin the kingdom’s Festival of Earth Purity.

But the sacrificial offering to be used was no longer the rare white horse. Like it was the custom since Jaiye kingdom had been observing the festival rites several many seasons earlier.

Tonight’s sacrifice for Jaiye was a human offering. A strikingly beautiful maiden from their outpost community of slaves at Koje. And Iyun was the sacrifice. She would be offered at the Altar of Slaughter… at the first cockcrow.

It was sad and unfortunate. It was unfortunate and so ill-timed, reasoned Shao. Yet Iyun, Shao’s cousin, was the crown prince’s precious flower in the wild. And which no one in Jaiye really knew about.

But Prince Àlà was never yet back from the royal assignment to the empires of the Ashias over distant lands and seas.

Yet if he happens to be back just about now, reasoned Shao, will a mortal upturn the High Heavens’ verdict?!

Iyun was the one the Heavens choose, Shao had heard. Iyun was Heavens dare choice. No it was very sad!

The young palace retainer had wandered in a puzzling wonder in the days following his cousin’s capture right before him. Shao had gone on sleepless nights and he’d cried out tears till his eyes were painfully dry.

The servant boy had wondered to the western borders of the fortified kingdom. And he’d spent most of his days looking desperately for the eventual return of the prince, Iyun’s lover and hero. 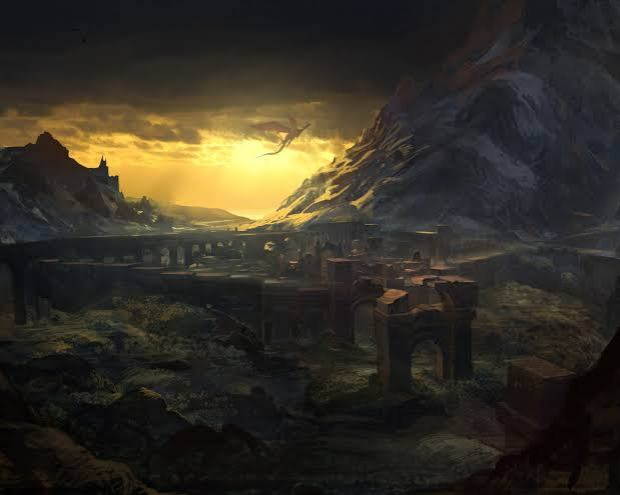 But today… today was a long, painful anticipation. Shao had waited from the break of day into the dead night. For by the next sunrise, Iyun would have been slaughtered to appease the High Heavens. It was really a desperate long wait tonight.

It was midnight by now. And Shao couldn’t help the dreadful thought that Prince Àlà had been lost in voyage. Or had simply perished in the heart of the sea. And no, nothing was sadder now than the grief of the lost hope.

Shao lifted his face high into the starry skies and then he bowed it deep into the low dust. And he groaned so hard. It was a long, wretched cry.

It was well past midnight now at the Central Temple of the High Heavens. Within which the Altar of Slaughter reverently sat, at the innermost chamber.

The ancient kingdom of Jaiye was now waiting for the significant first cockcrow. When the sacrificial offering would be taken into the innermost courts. To be sacrificed for the seasonal cleansing of Jaiye land from the Death Curse.

Yet that sacrificial ritual beginning the day’s Festival of Earth Purity wasn’t an affair for all and sundry. No random soul was permitted into that Central Temple of the High Heavens.

Only the Crown, the Priesthood, the Devotees, and the Sacrifice could step into those sacred quarters. They were those that were called the Chosen… in the realm of Jaiye people.

The Jaiye Devotees were a bunch of minions and ardent worshippers. And they entered into the holy house only as far as into the temple’s Outside Courts.

The Devotees were stationed around the vast exterior courts with arms and deadly snares. They were assigned to combat and wade off any intrusion to the ongoing, peaceful ritual.

The Middle Courts of the hallowed temple accommodated King Obade, Chief Priest Jakan along with the auxiliary priests, and the human sacrifice Iyun. And only these three groups were pure enough to step as far as into that consecrated place.

Yet no other soul could go any farther within, into the most hallowed Innermost Chamber. Where the Altar of Slaughter lay, with the Sacred Rooster, the temple’s hallowed announcer of the eventual time of sacrifice, sitting atop the slaughter slab.

Only the Chief Priest was permitted enter within the most hallowed courts, along with the human sacrifice he was going to offer.

Standing among the seated priests alongside the king, Jakan looked down at the captive offering for sacrifice. For Iyun lay powerless on the floor, tied up into a small bundle, gagged and blindfolded.

The chief priest motioned for someone among the priests to loosen up the girl a bit, just enough for her to stand… as it was almost time to take her in. It was almost time for Jaiye land to be cleansed.

As a man went over to the captive girl tied up on the ground, and bowed over the small bundle, the chief priest addressed his seated company priests and the king.

‘It is about time for the final ritual,’ said the old man. ‘One which both the Heavens and we mortals have patiently waited for. It is a great while past midnight already and quite a while before the first cockcrow.

He glanced over a cross-section of the seated company in that temple’s Middle Courts.

‘Anytime soon,’ he announced, ‘I shall take the Heavens’ chosen sacrifice to the Altar of Slaughter. And offer her on behalf of Jaiye people for the cleansing of our land and for the purging of our earth,’ he declared.

Right then Iyun wriggled and winced in fear, while she was loosened up where she lay. In that moment, she jolted up, wriggled her herself up to her feet and leapt forward in a frightened flight.

But her eyes were blindfolded still and her mouth gagged. So the man with her caught her with one swing of a hand just as soon.

Jakan looked that way as some rumbling murmurs also filled the air.

‘Tie her up a bit and keep her standing,’ he instructed the man by Iyun. ‘Stay there beside her and guard her closely,’ he said; ‘she must never escape; she must never!’

Suddenly, another priest sprang up to his feet and rushed to join the man assigned to guard their sacrificial offering.

And a scalding stream of tears welled up in Iyun’s veiled eyes. But it was too soon absorbed by the thick blindfold even before they could course down her sad face.

Right then, the chief priest looked up with a long, frozen gaze and he punched his right fist skywards.

And everyone cried out in response. ‘Accept our feeble sacrifice!!’

The thunderous call and response went up three relentless times. But Iyun’s gagged mouth only sounded out a strained, stifled moan.

And what she mumbled in a choking breath was a desperate plea.

‘Aargh, if You ever are! If You ever do exist… Whatever it is You are that we don’t know! Please save my life, O Most High!!’